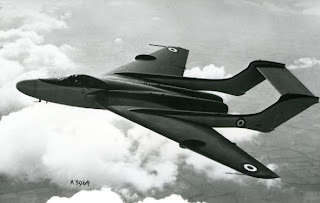 To say that I am excited about the material I have uncovered during my week at Cambridge University Library is an understatement. Some of the cases described could be re-written as individual episodes of the “Twilight Zone” or “The Outer Limits” they really are that good. I have no reason to disbelieve the individuals who were motivated to write in to J.B. Priestley in 1963. As I have stated before these are letters written by ordinary people who have experienced extraordinary events …. Individuals who seem to be embarrassed about describing what happened to them.

By the end of the week I had read around 450 letters and of those I have made full notes on around 67. I will be returning to the library soon to go through the remaining 800 or so letters. I cannot wait to read what amazing events they will describe.

One of the most interesting describes a series of events that took place in early September 1952. I am sure that this is the first time that this has been published in any shape or form, indeed, I suspect that I am only the third person to read this letter after Mr. Priestley himself and, possibly, his secretary.

These are my notes:

“In September 1952 “DP” and his wife were planning to drive home early from their holiday in Dorset to watch the Farnborough Air Show on the first public day and then carry on home after the show was over. As they were driving from Dorset his wife told him that she did not want to go to the show. The night before she had experienced a vivid dream that one of the aircraft had exploded during its exhibition and crashed into the crowd. She described the plane as silver with swept-back wings. However he convinced her that it was just a dream and that everything would be okay. They had already bought the tickets so she agreed to attend.

About half way through the show the DH.110 came out piloted by John Derry. This plane took off ready for its display. As it flew past David’s wife grabbed his arm and said “that’s the plane I saw in my dream – only it was silver not black”. Indeed this DH.110 was, indeed, black. She was really uneasy throughout the display but when the plane landed safely she was relieved.

They then travelled home to Welwyn. However the next day the evening papers carried the grim news that the DH.110 piloted by John Derry had crashed into the crowd killing twenty eight spectators. What was very odd was that the plane that crashed was, as his wife predicted, silver. It was not the machine that they had seen the day before. The black plane had been specially painted for the event but it had developed a fault on the Saturday morning. The first prototype was then used. This had not been painted and was still silver. John Derry had flown back to Hatfield to pick this reserve aircraft up and flew it back to Farnborough for the display.

This is an amazing precognition because it looked as if it was incorrect but then was shown to be uncannily accurate. In turn this dream was reported to somebody other than the dreamer before the accident took place.

The actual date was the 6th September 1952. The final death toll was 31 including the pilot.”

This is a short film about this event. In it you will note that the events that took place were exactly as described by DP in his letter to J.B. Priestley:

For each case I have full supporting details including the writers name, address and, in many cases, original phone number.
Posted by Anthony Peake at 13:15