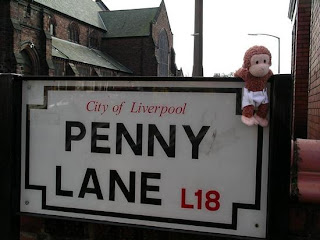 If my theory is correct then 70% of us exist inside an inwardly-generated "illusion" that we perceive to be an external "reality". The philosophers call this the "Phaneron" and I term it the "Bohmian IMAX".

That was one amazing set of synchronicities! Wow...don't you love it when this happens? (I can understand the shivers though) - I have had similar ones with music, for some reason songs seem to 'line' up better - I haven't a clue why. What does it mean? Perhaps you are onto something big, I suspect you are.

Song synchronicity started for me at a young age when I used to predict the song lists on FM radio (when the DJ's could choose their own plays) for hours on end...(in front of witnesses) eventually the songs would 'line up' with real events. Then for me the crowning time involved a film, the star of the film and a newspaper article all maneuvering around me on the same day reflecting a series of precognitive dreams...with the statement in the newspaper involving Time and the star and the events marking a huge turning point in my life.

I apologize for not making it to your forum, I have a month of company from the States and have had no time to complete any writing.

Keep up the good work Anthony - inspirational to say the least!

Hi Anthony,
Just bought your two books and just started reading them,fascinating stuff. Your story about Penny Lane is incredible, I'd like to share with you a synchronicity that happened to me.
Just before my Dad died I had a feeling of profound peace, after he died I asked God if I could enter into and live my life in this peace, and then it happened, bang, a massive panic attack and a tremendous surge of energy. Ever since I have lived with anxiety/depression but have always viewed it in a spiritual context as a kundalini awakening/spiritual emergency and it's my simple Christian faith that has kept me going.
I am a gardener by trade and one day I was feeling particularly bad and started to criticise my faith to myself. One tenet of my faith is to approach it like a child,as Jesus said. I was saying to myself that there is no God. if there is why do I suffer so much, "approach it like a child' you're supposed to be a grown adult etc. Anyway I finished the garden I was doing and went to get the cheque. When i was in the house I noticed a copy of 'Whistle Down the Wind'. Two days later I hear the theme music to this movie on the radio. So that night i went and rented a copy of the movie, I watched it and had forgotten what a great movie it is. I know in the film the kids faith is mis-directed, but it really impresses upon you the power of a simple devotion and faith. Two days later I'm in the video shop talking to the guy behind the counter, a lady walks into the shop, walks up to the counter and stands right beside me, the lady is Hayley Mills, the star of 'Whistle Down the Wind'. What are the chances of standing next to the star of the film you've just seen, especially when that film is made in 1961, the year I was born.
Hope to see you in London in July,
Best wishes,
Jeff.

Thanks for your comment. I quite understand with regard to your involvement on the FORUM. It can be both time consuming and compulsive.

It will be great to meet up with you in London. I assume that you are coming along to the Platform Event at The National Theatre. Do not forget that we are planning to go for a drink afterwards!!!

Tony: As you are only too aware, I usually understand you very well, however your opening statement to this post confused me....

"If my theory is correct then 70% of us exist inside an inwardly-generated "illusion" that we perceive to be an external "reality". The philosophers call this the "Phaneron" and I term it the "Bohmian IMAX"."

Where do you get 70% from? And if this is such then where are the other 30% of "us"? It's not often I'm confused and I rather like it when I am, as it challenges me to understand, but if you could give me your thoughts on this I would appreciate it!