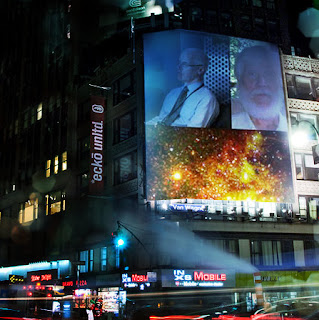 The program was aired February 1,  and centers around the idea that human consciousness creates reality.

From the Red Ice Radio website,  here is a synopsis of Peake and Campbell's work,  which invokes a heady radio discussion which Peake feels may "become a classic" of it's genre:
Anthony Peake is a British binary mind theorist and author from Wirral, England. His work focuses on near-death experience, deja vu and the nature of reality. Peake has suggested a different explanation as to what happens to human consciousness at the point of death. This theory, which he terms Cheating the Ferryman was first published in the International Journal of Near Death Studies in 2004.

The theory involves a Peake's unorthodox interpretation of the latest theories of quantum mechanics, neurology and consciousness studies and concludes that at the point of death the dying person is presented with a literal minute-by-minute recreation of their life in 'real time' from their subjective viewpoint. Peake is author of Is There Life After Death?: The Extraordinary Science of What Happens When We Die and The and has a trilogy of books pending publication.