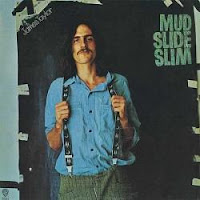 One of the stimulants to write ITLAD was to find an explanation for deja vu. I have had this sensation since I was very young and like most people I had the sensation before I knew that there was a word for it.
In recent years I have them fairly rarely and as such when the take place they always take me by surprise. This morning I had the overwhelming feeling that I had read Dreamer's comment on my IONS posting before. This was quite precise. At some indeterminate time in my past I have read that comment sitting on this sunny spring morning looking out my study window. Both the contents of the comment and the circumstances are fully entwined. Clearly for me this is not a simple 'subconscious recognition' of a similar event in my past. I know that these set of circumstances have never happened before.
Because I was in a state of heightened observation I was able to 'observe' the sensation as it took place. I knew exactly what Dreamer was going to say at the end of the comment before I read it. I knew that Lynne McTaggart would be mentioned and that Dreamer would place references to ITLAD and CTF on the sites she is involved in. For me this was a possible precognition.
Of course one could argue that I had already subconsciously scanned the end of the email but my mind had not processed it. But if my mind had not been involved how could I recognise it?
Indeed this is something I seem to experience a lot; that something - an idea, a song or a memory, will leap unbidden into my mind and stimulate a displacement action. A classic took place recently. For some reason when I open or close the curtains in one of our rooms I will, unfailingly, start to non-verbally sing one particular section of the song Machine Gun Kelly by James Taylor (off the simply excellent album Mud Slide Slim). I was at a loss as to why this took place every time I closed one particular curtain. It was only a few days ago I realised what was happening. Part of me, a part of me outside of my everyday awareness (my Daemon?), would glance at the bookcase to the right of the curtain in question. This is one of my wife's bookcases, so contains books I have never read (we have quite different tastes in reading). As I was about to close the curtains, but before James started singing in my head, my everyday awareness (Eidolon?) spotted one book - Just Between Us by Cathy Kelly. There was the answer to the mystery. Every morning and evening my subliminal consciousness was making a series of links that went something like this; Cathy Kelly will probably also be known as Catherine Kelly - Katherine Kelly was the wife of Machine Gun Kelly. Machine Gun Kelly is a song I have known since 1971 and one lyric of that song is:
I'll tell you about Katherine Kelly,
Tired on being such small time
Figured they'd kidnap a rich man's son
Make it in the world of crime

But the odd thing is that this was not the verse that my mind picked up upon but an earlier verse:
Machine Gun Kelly was a simple man,
But the woman was as heard as hell
And these were the lines that crept into my mind. I had unconsciously read the book title which had stimulated an unbidden memory of a song which then immediately appeared in my mind - but not the section of the song that mentions the actual link - the name K(C)atherine Kelly.
Could this be what happened this morning with Dreamer's comment?

I sometimes experience these sorts of coincidences between song lyrics that pop into my head and related phrases or objects in my environment. Whatever the explanation, it's strange how the lyrics can get into one's head so quickly -- almost instantaneously. That makes me think something beyond a "rational" explanation is involved.

It's funny how, for most people, deja vu experiences seem to become rarer as we grow older. I wonder if this is because there's less variation in our lives when we're younger -- fewer alternative possibilities. Maybe when we were younger, we had indeed lived those particular circumstances over and over again, so we often became aware of having lived specific moments before. Maybe by the time we're, say, 40, we've been in that 40-year-old's circumstances only a few times before, if at all, because we've had so many more opportunities for variation than we did when we were younger. As a result, we don't recognize as much when we get older.

This all makes me wonder, What if I hadn't ended up posting that comment about Lynn McTaggart, IONS, etc.? I guess you'd have been none the wiser -- you wouldn't have had the deja vu experience. Maybe such connections are missed all the time, because of another person's failure to provide a certain trigger, and maybe this is why deja vu is so rare among most people -- there are so many alternative, parallel realities out there, that it's unlikely for one person's pre-lived reality to bump into another person's reality?

Interesting your comment about the incidents of deja vu becoming less as one gets older. If the pure memory argument is to work (i.e. that these circumstances subconsciously remind me of a similar set of circumstances encountererd earlier in my life) is to hold water then surely the more life experiences we have (i.e. getting older) the more these coincidences should take place. The evidence suggests the opposite. I propose that there is to CTF reasons for this:

1. As we get older our ability to recall memories (engrams) of our previous 'life-run' fade. In our early years they are still there just below the surface of conscious awareness. As such they can regularly surface into Eidolonic consciousness. With time these memories fall deeper into Daemonic consciousness and are not so accessable to 'unbidden recall'.

2. As we get older it is more likely that we will experience a Daemonic Mutation. By this I mean an intervention by our Daemon that brings about a change that takes us off the path of our Bohmian IMAX and trajects is into the Bohmain IMAX of another version of ourselves - the one that followed the path after the intervention. For example a Daemonically induced precognitive dream is headed and the subject does not catch a particular airline flight. Last time the subject was killed when the plane crashed. This time they avoid death. From that moment on the 'plot' or 'script' of that person's Bohmian IMAX has been changed totally. As such they (and their Daemon) will have no memories to recall because it is all new experience. As such Deja vu's will also cease.

I do like your observation about hwo we all influence each others universes. David Bohm would explain that as part of his 'implicate order'.