Further to Karen's blog of yesterday I would like to place on here a section of ITLAD that was lost in the first editing process. The very first version of the book was considerably more scientific than the version in the bookshops. Certain theories such as the 'Cosmic Anthropic Principle', Willis Harman's 'M3 Metaphysic' and an in-depth analysis of David Deutsch's 'Fabric of Reality' were lost. I am hoping that there may be sufficient interest for this 'harder version' to be published in the future.


This is the section that I would like to be considered in the light of the experience of Karen's father-in-law:

A Passage To India
Bhagawhandi was dying. That was obvious to all who knew her. The doctors had diagnosed a malignant brain tumour, an astrocytoma, which was impossible to remove. She was only nineteen years old. What surprised everybody was how remarkably cheerful she was, accepting totally that she had but a short time to live. The tumour was growing larger day by day and was inching forward towards her temporal lobe. Up until this stage she had suffered the occasional seizures but nothing particularly debilitating. However as soon as pressure was placed upon her temporal lobe her seizures became more frequent – and stranger.

In the early stages of her illness the seizures had been grand mal convulsions but her new ones were altogether of a different nature. She would not lose consciousness, but would drift into an epileptic – like dream-state, similar to that described by Hughlings Jackson. She began to experience the classic ‘reminiscence’ as described in chapter 4.
However this dream-state soon developed into something far stronger. Bhagawhandi began to have very realistic hallucinations about being back in India, and not just India but the India of her childhood. In these semi-waking states she actually found herself back on the dusty streets of her old village, interacting with people and circumstances long disappeared in the mists of time. She would find herself listening to a speech being made in the village square. On one occasion she was in a church, in another in a graveyard. She claimed that she was actually re-living these memories as actual events.

As Bhagawhandi’s present life began to ebb away she began to live more and more in her new world created from her own past. The visions ceased being occasional and began to take up most of her waking hours. She lay, her young face rapt in attention to a world inside her own mind, with a faint, mysterious smile on her face. What was happening had a profound effect upon the nursing staff around her. All accepted that something very strange, but very wonderful was taking place. Nobody disturbed her allowing her her dreams.

The psychiatrist responsible for her was also fascinated. He felt awkward but was keen to know exactly what was taking place. He asked her quietly “Bhagawhandi, what is happening?”

“I am dying”, she answered, “I am going home. I am going back where I came from-you might call it my return.”

During the next week she disappeared totally into the world of her memories. She ceased responding to all external stimuli but lay with the same faint smile on her face. Three days later she quietly slipped away, returning permanently to her own past. And in this way she died, as the psychiatrist poetically described it “or should we say, arrived, having completed her passage to India”.[i]

At first sight this case, so described in Oliver Sacks’ wonderful book The Man Who Mistook His Wife For a Hat, seems to have many similarities with the discoveries of Wilder Penfield described in an earlier chapter. Indeed Sacks and his associates came to the same initial conclusion. However on reflection this was seen as a far more complex phenomenon. The Penfield memories were very similar to tape recordings in that if interrupted they would, if started again, go through the memorised event again. For Bhagawhandi the hallucinations were much wider in terms of their structure. To extend the analogy of videotape it seems that Penfield’s patients accessed their memories via a videocassette recording. The recall was presented in a rigidly linear format with no options on random access. Bhagawhandi’s memories on the other hand seemed to be recorded upon a format such as a DVD. Not only was random access available but also differing viewpoints and sound effects could be selected. This three-dimensional memory recall is exactly how Karl Pribram believes memory, and perception to work. Sacks’ tragic young patient was re-accessing her memories as recorded in the holographic-like processes suggested by Pribram and Bohm. 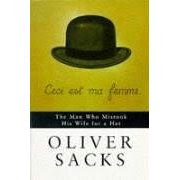 I have David Deutsche's book but find it quite indigestible. If you can summarise it then I would've loved to have read that.

This falls in with my post about relaxing and letting things go (memories out). Not so much creating anew as recreating of old (reliving again the hologram as it expands and blossoms into life)

I am, at present, working closely with my editor with regard to my latest book. Interestingly enough he has asked me to write a short explanation of the Many-Worlds Interpretation. In the first version of ITLAD this took me thirty pages! I will clearly have to do this so when it is done I will post it. This, I hope, may make David Deutsch's book a little easier to read.
Failing that try Marcus Chown's great little book "The Universe Next Door".