Daemon turns a sceptic into an ardent Itladian! 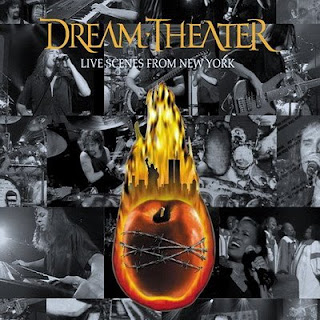 I received this email yesterday from "Peter R". Peter has agreed that I can place his words on this site using the Doppelganger Facility. I have tidied it up a little bit but it is very much the email Peter sent. This is absolute proof, if ever it was needed, that even sceptics can be brought round to the absolute power of ITLAD and CTF. All is needed is a little Daemonic prodding.

I must write this while it is fresh in my mind. A little background first. I woke up during the night last April and heard you talking on LBC Radio in London in April. Mum had died in January and I found the subject and the science behind it interesting and I stayed listening.

Since then I have dipped in and out of your book and whilst I find the science interesting(and I must admit a little bit incomprehensible) I have, over a period of time, grown more sceptical about your theory. Anyway about a week age I acquired a computer after not having one for a few years after my old one broke. I took the opportunity to download the LBC interview that you did on Adrian Allen's show over the weekend and again found it interesting. Background over.

I like mooching round charity shops for music and films,dvds etc. Yesterday (Sat morning) whilst mooching I picked up a video. This was the band Dream Theater's "Scenes from New York" . I had never consciously heard of them - I DIDN'T KNOW ANYTHING ABOUT THEM! Anyway I convinced myself that they were probably rubbish- just another US power rock band. I didn't buy it.

Today (Sunday) I thought I'd see what was on You Tube. I saw the first of your talks, which I again found very interesting. After watching your video I switched off the computer and went away.

Later in the day I put the computer back on and was wondering what Dream Theater were about so put their name into YouTube. I listened to a track called Headlined Metropolis. Pretty good, I thought and thought that I should have got the video.

IMMEDIATELY afterwards I something made me decide to hear the second of your YouTube talks, which as you know is on Deja Vu (or "deja vecu as call it). When you showed the picture of the Twin Towers of the World Trade Center with smoke billowing from the top my sceptical side kicked in and although the picture was very reminiscent of tv and newspaper pictures I recalled seeing, I thought "there's no plane, no flames". I suspected that you were configuring the picture to fit the events.

But then you suddenly said that a group called Dream Theater had brought out an album on the day of the attack called 'Live in New York' with a picture of the towers on fire!

To say my jaw dropped is an understatement! It was as if my scepticism was immediately riposted(is that is word) with an amazing proof of synchronicity!

I immediately looked for Dream Theater on ebay and saw the video I had seen on Saturday was on there for decent money. Rubbing the bruises after kicking myself, I knew that the charity shop was open on Sundays - and seeing as its only a five minute walk from my home I decided, more in hope than expectation, to go and see if the video was still there.

When I arrived at the shop I could see that quite a few videos had been sold - at 7 for a £1 that is no surprise! I hastily scanned the shelves and I couldn't see it. I just knew it wouldn't still be there.

But when I stopped looking for it, I saw it - on its own in front of all the other videos. As I only wanted one I had to pay the extortionate sum of 50p!

At home, looking at the tracks on the video - "REGRESSION","STRANGE DEJA VU", "BEYOND THIS LIFE" etc.

I simply realised that this was meant to be!

I don't remember any feelings of deja vu or synchronicity before so it couldn't be put down to pure coincidence. but this felt so strange - as if my Daemon was saying

So now I don't think your theory is in any way monkey business- I'M A BELIEVER.

Beam me up Scotty!
Posted by Doppelganger at 21:52

Your experience is very familiar to a lot of us here at Tony's blog.

Yes, Tony seems to have the power to make these things happen, it is uncanny. That is a beautiful email, and story, and these synchronistic events always strike me as though the daemon were saying, "Look, do not doubt it, it is wholly real, and will be so" ---and the fact that Tony himself seems to have some power to increase the number of incidents for his bloggers is both eerie and a sign of his beautiful secret powers.

Thats so great Tony,you will turn greater numbers of sceptics into the faithfull.I sawit in your pictures!

Wonderful story! Yet another example of how ITLAD pushes its way into our consciousness and once there it won't let go!

Thank you for sharing your experience Peter.

Thank you for sharing this story, Peter.

Your Daemon certainly gave you proof and wanted you to sit up and take notice!

You won't be able to stop seeing synchrondipities now!

Peter: Welcome indeed, and thank you for sharing this story with Tony and thus us all.

I shan't say any more presently as I have a PILE of stuff to do, but I will be listening to some of my old Dream Theatre albums while I do them, so thank you